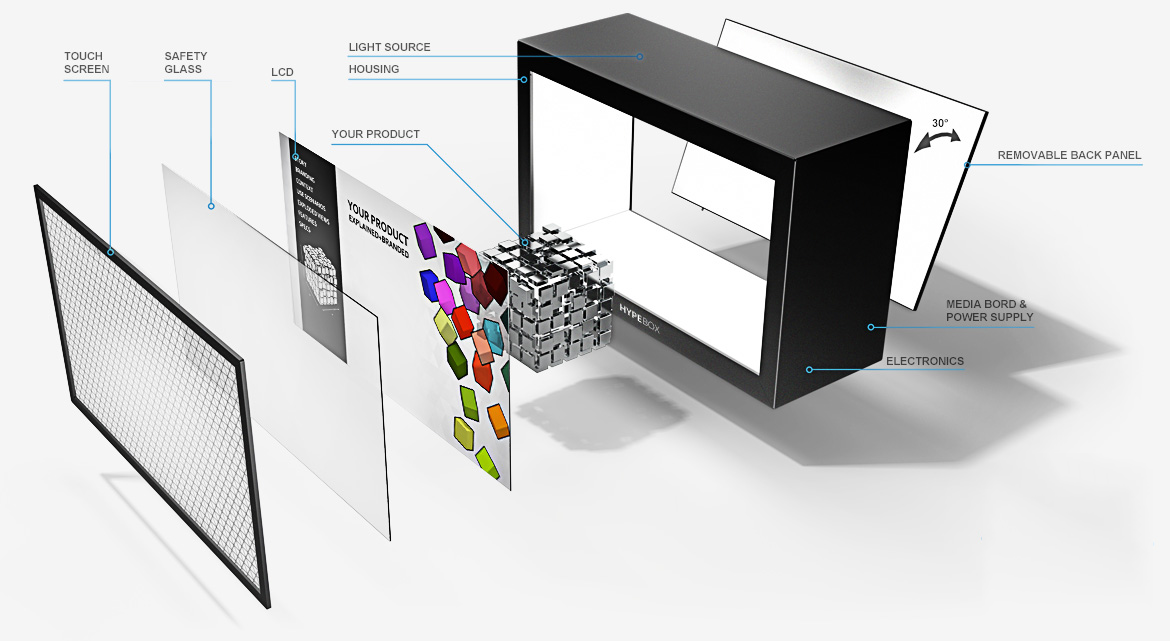 Transparent LCD displays are one of the latest innovations in interactive screens.

​They don’t have a blacklight layer integrated, so they do need a background light to reflect colours, but this means the display itself features a unique thinness, which allows the screen to be transparent. But, this also means they need to have a backlight installed behind, which does not allow the transparent LCD to be fixed on a window, the system works as a box, and that is usually how we use them.

Any LCD panel is by nature “see through,” though conventional LCDs have relatively low transmission efficiency so that they tend to appear somewhat dark against natural light. Unlike LED see-through displays, LCD see-throughs do not produce their own light but only modulate ambient light. LCDs intended specifically for see-through displays are usually designed to have improved transmission efficiency. Small scale see-through LCDs have been commercially available for some time, but only recently have vendors begun to offer units with sizes comparable to LCD televisions and displays. Samsung released a specifically see-through designed 22-inch panel in 2011. As of 2016, they were being produced by Samsung, LG, and MMT, with a number of vendors offering products based on OEM systems from these manufacturers, such as us, here at Street Co’. An alternative approach to commercializing this technology is to offer conventional back-lit display systems without the back light system. LCD displays often also require removing a diffuser layer to adapt them for use as transparent displays. 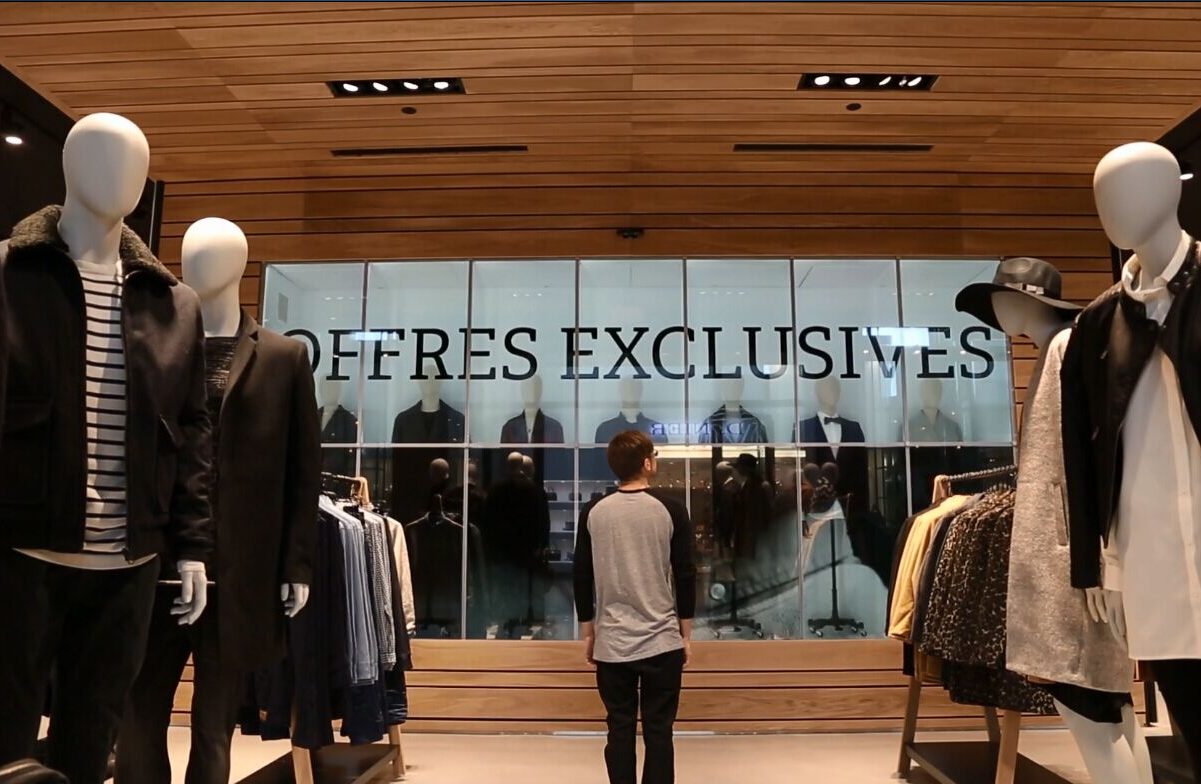 ​is that the LCD display doesn’t use a backlight, but just the ambient light. Which makes it slightly more transparent than OLED. Though, OLED technologies allow the display to be folded and to give it any shape, and adapt it anywhere, it can be placed on a simple glass with no backlight needed. That is why we wanted to talk about both displays here, because the difference between those is huge and changes everything when it comes to applications, and, very often, people mix them up.

Transparent LCD Displays are one of the latest innovation in LED technology, among with OLED displays, opening up a wide range of new opportunities in retail and marketing. The technology allows you to display information / promotions on the digital display, whilst allowing you to see through it. The possibilities are endless, from placing in front of a product in store, and displaying promotional videos, to being used in front of artefacts at a museum showing infos relating to the object. We can even add touch interaction with multitouch sensors available for all transparent displays. The media board has an on-board media player, so you can upload your content via USB drive or the board has a HDMI port if you want to use your own PC / media player.

These transparent displays are designed for integration within your own housing / chassis. Please note as the displays do not have a backlight you will need to integrate a light source behind the display to gain the transparency.

A transparent LCD display can be integrated into :

store windows/ display cases/ billboards/ showcases
and more to make static words and images more kinetic. Products can be placed behind a clear transparent screen that shows advertising and provide the opportunity to showcase real products while providing interactive information with an transparent LCD display.

A transparent LCD monitor is a tool to make your advertising more dynamic and have endless possibilities as an advertising tool, which can be applied to show windows and used in showcase events. Corporations and schools can also adopt the transparent LCD display as an interactive communication device, which enables information to be displayed more effectively.