Our Customer Walnut Capital for this project is a very reputable real estate management, brokerage and development company that it taking over the city of Pittsburgh and growing exponentially each and every year. This year, we were honored in helping Walnut Capital deliver LED displays that fit in perfectly with their unique and innovative building and square which they call “Bakery Square”.

Why using Pitch led in your environnement
Read More

Walnut partnered with Google and Philips to create a unique work environment in the heart of Pittsburgh’s East End. This technology driven area is the benchmark that separates Walnut from all the rest. This area includes, diverse dining and shopping, newly built apartments, and an atmosphere that is inviting.

Street Co LLC was contacted by Walnut Capital to create something Unique and innovating to catch people’s attention. They renovated an old Nabisco Bakery that was once a renown Biscuit factory in the city of Pittsburgh for years. With Walnuts exceptional renovating, this invited many industries and companies such as Google, Philips Technology, Medical offices, Co working spaces, etc.

Walnut wanted to have an inviting attraction to their Philips Lobby, and also a connector that would have heavy foot traffic from one building to the other that was occupied by Google.

After brainstorming ideas with their team, and providing them with various LED options. We decided to suggest them our Interactive LED floor for the connector, and our small pitch LED for their Lobby.

This fits well with their goal of providing the visitors who visit both the Philips space, and the Google space, with fun and inviting LED displays that catch each and every person’s attention who walks through the space.

For the Philips lobby space we had created a solution for them that required two LED screens. These screens were both P1.5 and differed in terms of dimensions. One screen, which was named the “L Screen” during the creation of the project, was essentially an L shaped screen that was set to display live news coverage of various news stations, as well as other miscellaneous content that Walnuts marketing team created to fit the screens sizing perfectly! The other, which was much larger in size, was named the “Art screen” at the time of the creation, and its main purpose is to display exceptional and creative content such as high 4K designs and videos.

Solution to set up a Small pitch led lobby wall

We had teamed up with Strada LLC who were the design team for Walnut, to design a concept for the LED floor and Small Pitch LED Wall.

The project has a full 2-year warranty

We ran into a challenge:

The Small Pitch LED Wall sits as the HUB of two world renown Technological companies in this building. Moreover, it fills the Philips lobby with color, 4K video, artwork and live content to keep visitors in awe. 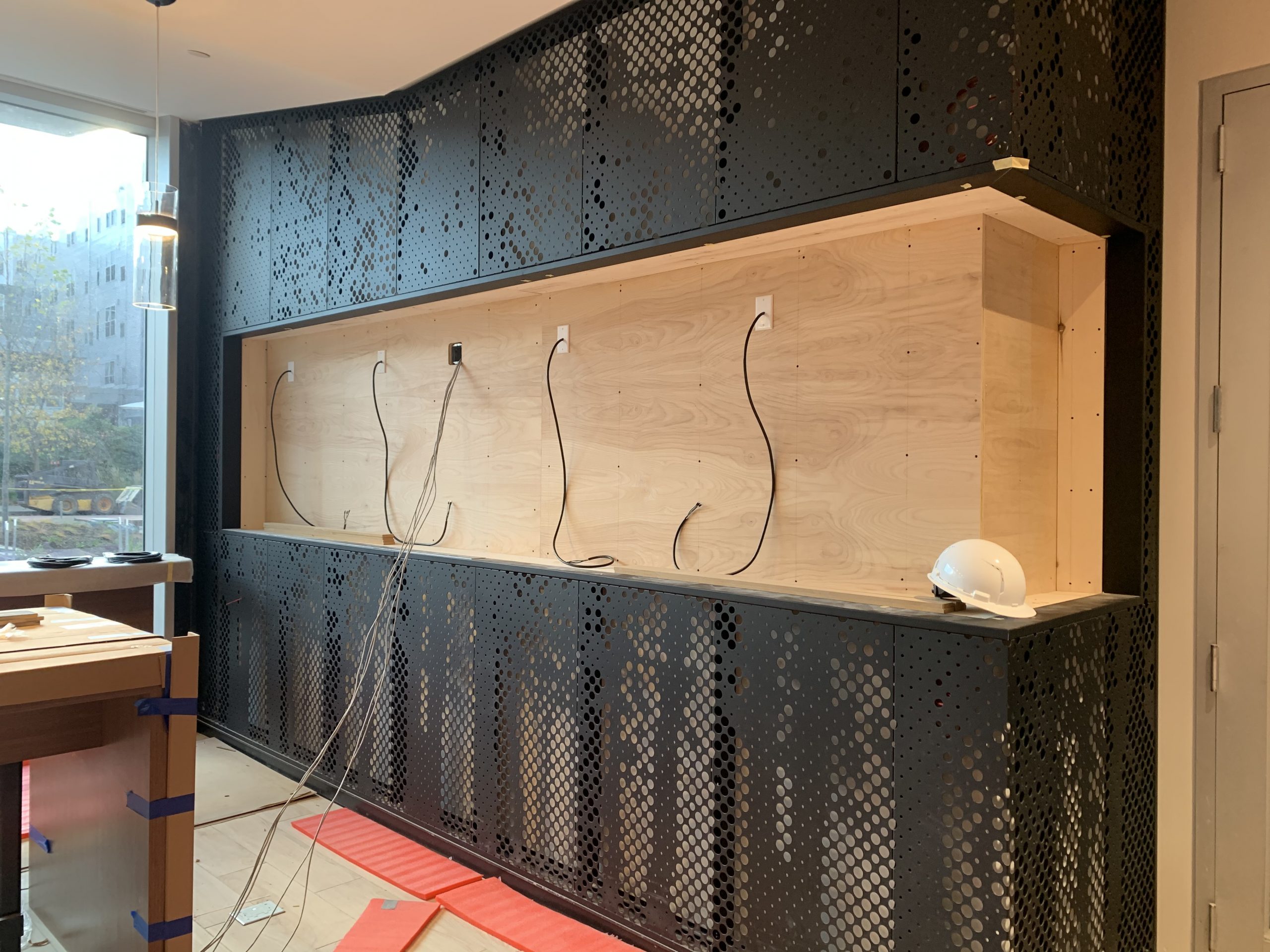 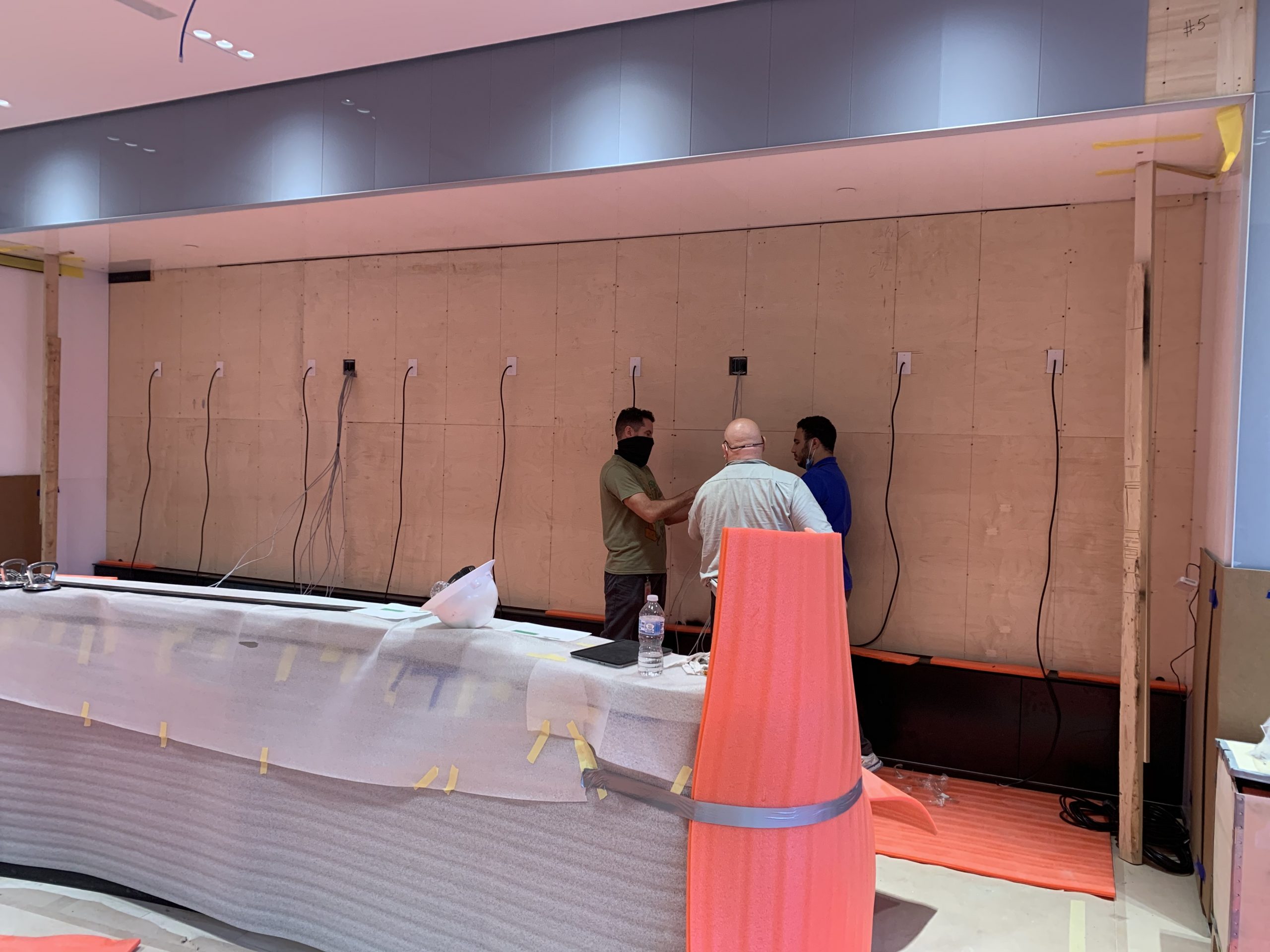 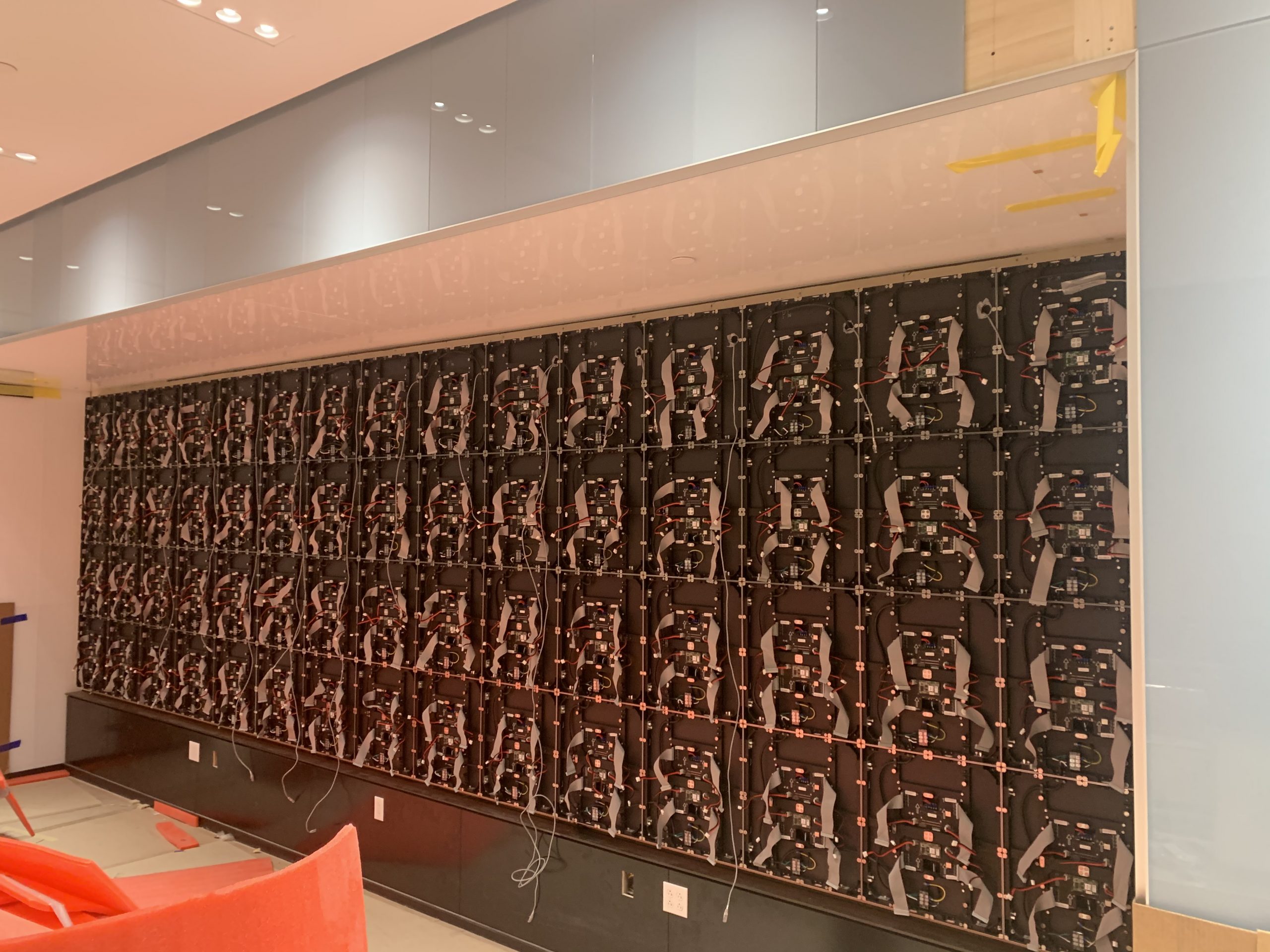 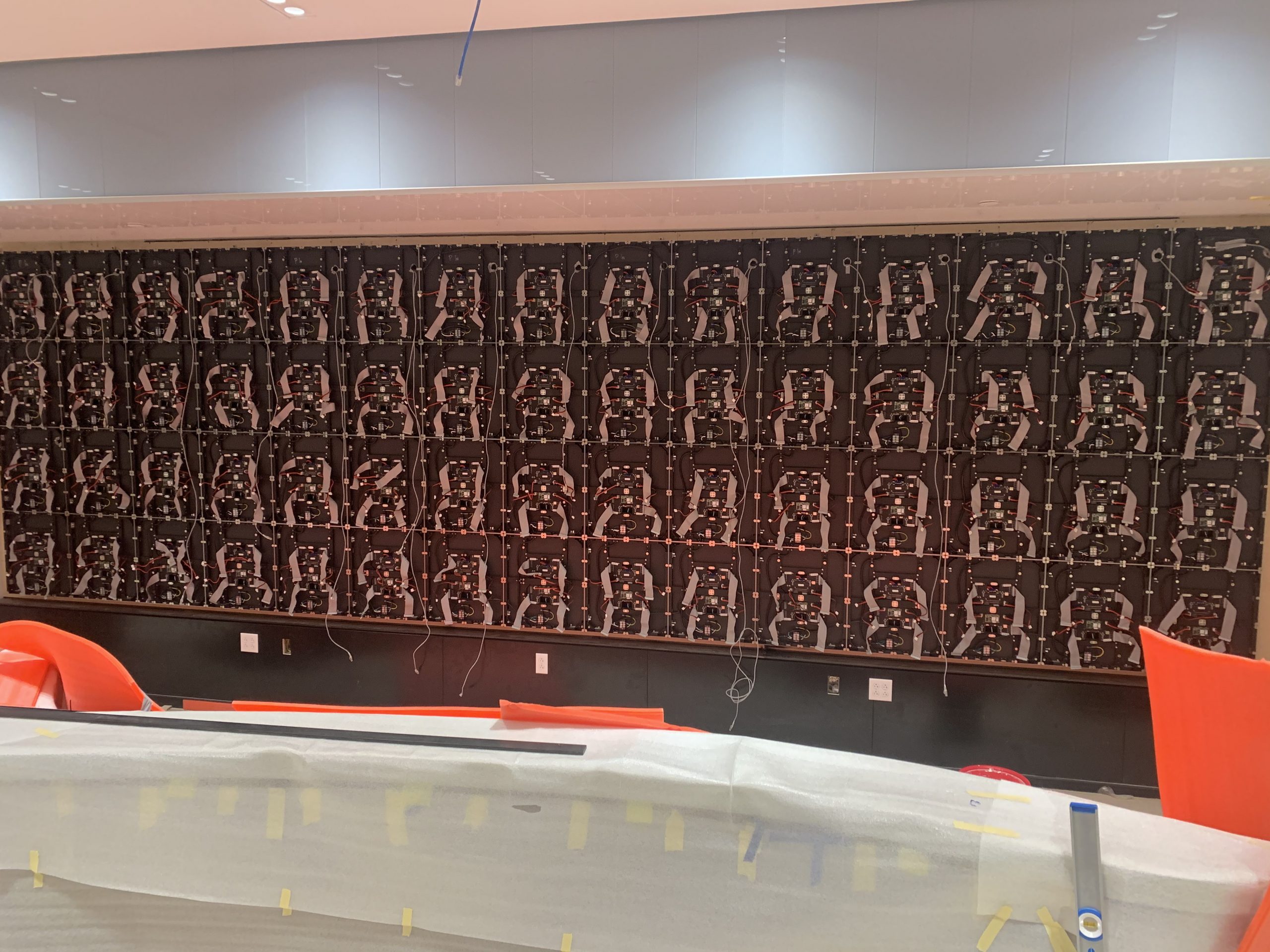